Abortion is any act or procedure performed with the willful intent to cause the death of an unborn child from fertilization to birth. As such, abortion is a grave act of injustice toward the child and a clear violation of the child’s natural, unalienable right to life. Sadly, abortion is not rare and it is not safe. Abortion kills the child and harms the mother and father.

Abortion in Michigan
A total of 29,669 induced abortions were reported in Michigan in 2020.

The Hard Cases of Rape and Incest
Abortion does not help a woman who finds herself pregnant due to the horrible crimes of rape or incest, and the child is valuable regardless of how she was conceived.

Human life begins long before birth. It is an indisputable, scientific fact that life begins at the moment of fertilization. By eight weeks, all body systems are present and from that point on, changes are primarily in the size and refinement of the body parts already formed. Development of the human baby in the womb is supported by scientific, biological, medical facts.

A History of You
Here is a beautiful description of the first months of life, starting from fertilization.

In the interest of protecting human life and offering a viable alternative to abortion, a woman dealing with a crisis pregnancy should be presented with the life-giving choice of adoption and be informed of the resources available to her. Although only a small percentage of pregnant women choose this option, for every newborn released for adoption, there are 30-40 couples waiting to adopt.

A Loving Option
For a pregnant woman who is not ready or equipped to be a parent, adoption provides a positive, life-giving solution to a difficult situation.

Planned Parenthood is the nation’s largest provider and promoter of abortion.  According to their 2020 annual report, Planned Parenthood performed 354,871 abortions.  Only 2,667 patients were referred to outside agencies for adoptions; therefore, abortions outnumbered adoption referrals by almost 134 to 1. Planned Parenthood received $618,100,000 from taxpayers and made a profit of $69,700,000.

The Business of Abortion
Planned Parenthood kills an unborn child every 89 seconds and performs more than 41% of all abortions in the United States. 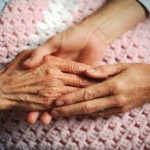 Euthanasia is expressly intended to cause the death of a person, either by lethal injection, assisting in suicide, or withholding basic levels of care from non-terminal people. Death is not a solution to the challenges of life. It is humane to allow a person suffering from a terminal illness to die naturally, without the use of extraordinary medical treatment that only prolongs the dying process. When a person has clearly reached their last days, the focus of medical treatment may be switched from curing to caring, but never to killing.

Doctor-Prescribed Suicide
Much is at stake when doctors have the power to write lethal prescriptions.

Human Embryonic Stem Cell research involves the deliberate destruction of human embryos, including the use of existing stem cell lines derived from human embryos. Science confirms that at fertilization a unique human individual is created. Such life is intrinsically valuable and should never be subject to deliberate manipulation or destruction in the vague hope of one day curing another human being.

The Great Stem Cell Debate
Human life does not need to be destroyed to discover treatments and cures.

Abortion is the number one killer of black lives in the United States. According to the Centers for Disease Control and Prevention, abortion kills more black people than HIV, homicide, diabetes, accident, cancer, and heart disease … combined. On average, 900 black babies are aborted every day in the United States. In Michigan, 51% of all abortions were performed on black babies.

Genocide: Black Abortions in America
The tragedy of abortion is decimating minority communities.

Voices for Life
This educational newsletter advocates for minority communities that are targeted by the abortion industry. 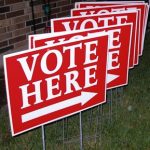 In every election, voters face life or death issues. Candidates at every level can impact life issues. Certainly at the highest levels, making the right choice means a quicker end to Roe v. Wade, saving potentially millions of lives. Priority issue voting is critical, especially for the unborn. If we don’t start with Life at the ballot box, we can never restore legal protection for every person.

Vote for Life
Learn why it is important to always vote prolife.