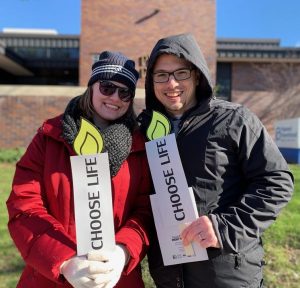 The fourth annual National Day of Prayer and Protest against Planned Parenthood was a peaceful candlelight vigil that exposed the need to defund the nation’s largest abortion provider.

As the event was held during the morning of Saturday, April 13, host Grand Rapids Right to Life created and distributed paper “candles” with the messages End Abortion, Choose Life, and #DefundPP. Also distributed were 20-page prayer booklets that included topics to meditate on, prayers, and Bible passages.

This coordinated effort saw roughly 100 people in Grand Rapids and thousands of people across the country protesting in front of more than 100 Planned Parenthood locations.

Although Planned Parenthood claims that American women rely on them for healthcare, in reality, four out of five women will never set foot in one of their centers. Planned Parenthood also provides less than 2% of manual breast exams, less than 1% of annual pap tests, and zero mammograms. They have, however, captured 36% of the U.S. abortion market. In 2017, Planned Parenthood performed 332,757 abortions.

#ProtestPP is a coalition of more than 75 national, state, and local organizations, including Grand Rapids Right to Life. It began as a joint project of the Pro-Life Action League, Created Equal, and Citizens for a Pro-Life Society as a way to give people something concrete to do in the public square as a response to the horrifying revelation that Planned Parenthood had been involved in the illicit trafficking of aborted baby body parts.

Photos from the #ProtestPP Rally can be viewed on the Grand Rapids Right to Life Flickr page. 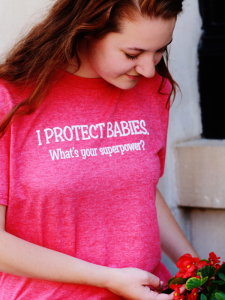 Grand Rapids Right to Life will have a booth at the St. Mary Magdalene Catholic Church fair in Kentwood. This event allows us to meet wonderful new people and educate on the prolife issue. We ... Read More